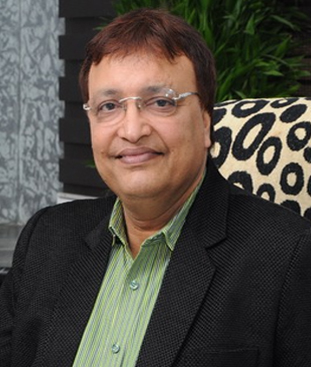 Mr Sanjay Rungta is an Education Entrepreneur of Chhattisgarh who obtained B.E. in Chemical Engineering from Pandit Ravi Shankar Shukla University in the year 1983. After completing his studies he had started various start-up of Entrepreneurship like Rubber plant, Flour mill, Rice Mill and founded the first Rungta College of Engineering and Technology in Bhilai in the year 1985 on a sprawling 45 acres campus. The venture grew in leaps and bounds in the succeeding years as a college of Architecture, Science, Education, Computer Science, Pharmacy and Rungta College of Dental Science and Technology. Keeping in mind to provide quality education at an early age Mr Rungta founded Rungta Public School in 2014 with 114 students.

He was the Vice President of Chhattisgarh Chamber of Commerce Industries from 1993 to 2003 and President of District Durg.

Currently, he holds the position of President of Private Professional Institutes of Chhattisgarh from the past 8 years. His last venture was to provide the low cost education to the children of Chhattisgarh by establishing Rungta Play School chain in the year 2017 which featured in Education World Pre School Award Ceremony in 2018 as “Newly Emergent Pre-School” in Durg which has high potential to quickly adapt and integrate 21st Century Early Childhood Care and Education (ECCE) best practice

The Message from the Chairman

The intensity of progress the world over today has made it essential for students to foster talent and skills which are effective across diverse cultures. At Rungta Public School (RPS) we believe in building a strong foundation for students right from nursery level, by inculcating global values and preparing them to face the emerging challenges.

Besides academic excellence, RPS is committed to inculcate in all its students, strong ethical values of integrity, politeness, kindness and respect for elders. I firmly believe that education should foster confidence, discipline, clarity in thought and decision making ability to set and achieve goals and above all social responsibility as a life long process. My team here at RPS believes in providing a comprehensive learning experience to our young learners which will make education not only an integral part of life but a way of life itself.I hope you are as excited as we are about this new venture of our school. Our school staff, our directors,our Board Members are wholly dedicated in providing quality education like no other. Please do join us,as we start this Endeavour we look forward to the participation of enthusiastic parents to achieve the pinnacle of success.