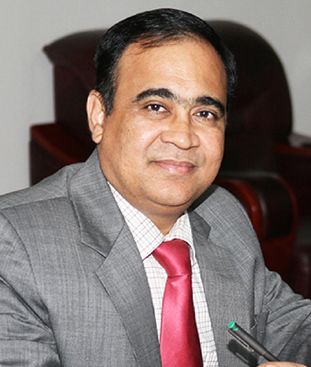 His foundational belief is that learning must be expressed though love of learning. This philosophy has been a driving force devoted to setting the tone of a school, tuning the space for a teaching-learning environment, and inspiring overall leadership that exhibits and activates the best educational policies. One of the institutions' Board of Trustee described Mr. Mukhopadhyay’s leadership as characterized by humility, transparency, respect, intellectual curiosity, and most of all a burning passion for education. “One of Arup’s most valuable attributes is his openness to new ideas and his courage to promote changes,” the Trustee commented. In addition to the many brick and mortar accomplishments in which he headed a couple of Start-ups Arup brought to institutes a warmth, a spirit and sense of community. Many young men and women are living lives in addition to many colleagues are heading institutions which they might not have imagined Their success is wrapped in a moral fiber that assures they will pay forward to future generations the extraordinary gift he bestowed on them.

Arup’s credentials include an Honors Degree in Zoology, a Masters in Environmental Science, a Diploma in School Management, and a Degree in Education from the University of Calcutta, India.

He has undergone a special A-Level teachers’ training program at the University of Cambridge and a leadership program at Indian Institute of Management- Ahmedabad.

Dr. Eleanor Duckworth of Harvard Graduate School of Education has trained him to evolve into a Master Trainer who conducts workshop titled "Teaching is Not Telling.”

Arup has a passion for travelling, trekking, rock climbing, and wild life photography. His trekking expeditions have often been in the Himalayan ranges and in Kilimanjaro, Tanzania

He firmly believes that ‘the more you rub shoulders with people the more intelligent you become’. Life is thus a tapestry of ventures and adventures that enable Arup to ensure there is illumination in education.

In 21st century we live in exciting and fast changing times and this means that providing an outstanding, progressive and well-rounded education is more important than ever. Of course examination results matter and at RPS we strongly believe that academic excellence and intellectual sophistication offer unsurpassed preparation for global citizenship and bottom line of education. Unfortunately, too many schools are worthy but dull and, far from being inspired, too many of our children get lost in a large, impersonal system which does not motivate them, and which stifles their individuality, their initiative and their creativity. These are precisely the qualities which I value most.